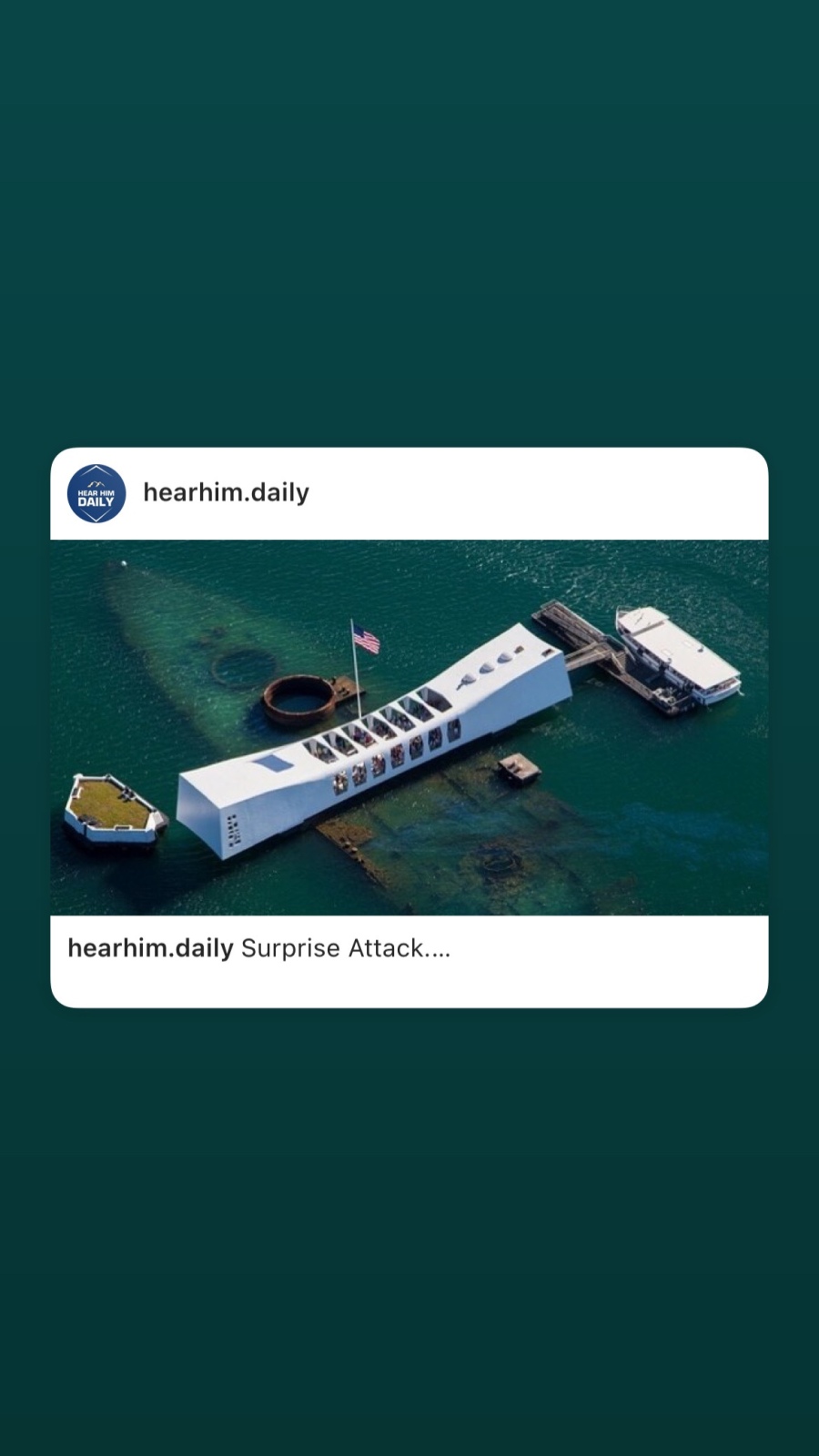 The events on December 7, 1941 will never be forgotten and they shouldn’t be. They are reminders to always be prepared for a surprise attack.

We will have surprise attacks during our mortal journey—it’s inevitable, but we can be prepared. That’s the reason for our obedience to the laws and commandments of God.

Before I continue, let’s try to understand one thing.

In our repentance, we should remember that the Lord does not punish us for our sins; he simply withholds his blessings. Again, we punish ourselves.

God didn’t punish them—They penalized themselves for not being prepared.

Part of my duties as a Police Officer is never to become complacent and never let down my guard—The same applied to those at Pearl Harbor.

We, as followers of Jesus Christ, can apply this same principle. Like our military and law enforcement, we must never become complacent to the dangers of the adversary. When a “surprise attack” occurs, we must be ready to respond.

We train ourselves by studying our scriptures, obeying the commandments, and staying covenant-keeping people to be prepared for these moments.

We can be ahead of these “surprise attacks” as we learn of Jesus Christ and follow Him. When we are unprepared, we can still become victorious. Hopefully, we carry the same attitude of those at Pearl Harbor when a surprise attack catches us and we leave the adversary saying, “I fear all we have done is to awaken a sleeping giant and fill him with a terrible resolve.”