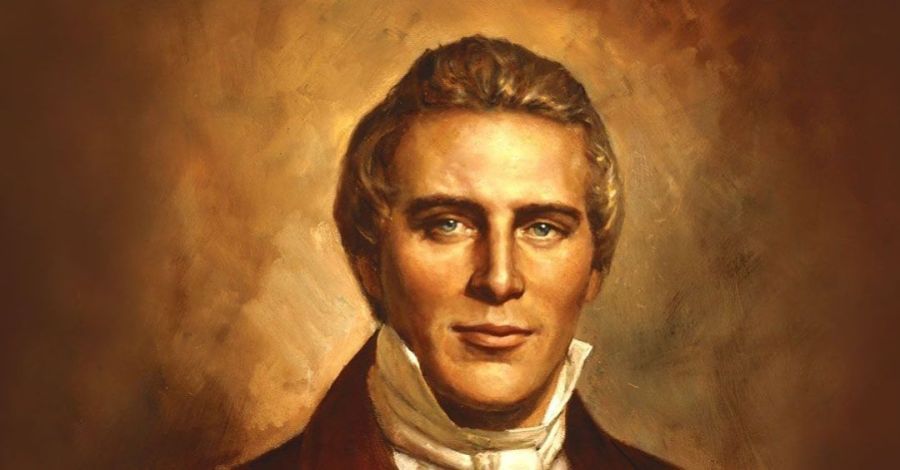 Why Joseph Smith deserves respect.
.
This can be a topic of debate, and I understand that. I’m not looking for a negative discussion, and I’m not looking for opposition to this. Bear with me!
.
I’ll share a few reasons I respect him; although I won’t scratch the surface, I intend to drive you to study his life. You won’t be disappointed. The first reason I respect him is that he was tough as nails—He wasn’t a wimp. Physically and mentally, he exemplified unreal strength.
.
A major typhoid outbreak struck New England between 1811 and 1814. Joseph ended up recovering from this but developed a life-threatening bone infection. He was seven years old at the time.
.
He refused sedatives and cords to bind him to a bed, asking instead for his father to hold him and for his mother to leave the room. The doc. removed nine large pieces of infected bone, and fourteen other fragments worked their way out of Joseph’s leg before it finished healing. (Church History Topics)
.
Only 5 of his and Emma’s 11 children lived past the age of 2. One child (adopted twins) his death was likely the result of a combination of measles and exposure to the cold air when a mob attacked Joseph.
.
Have you ever thought about being tarred and feathered? Joseph went through this experience. Then he had friends scrape it off his skin. He was also at church the next morning and faced the mobsters who were present in the congregation. He also baptized three individuals that same day.
.
From my previous post, we learn about his lockdown in jail. He battled through all of that, too.
.
He was a formidable person; he had a command presence; he had a steel character. “He possessed the most indomitable perseverance; he wasn’t intimidated; he was the Captain, no matter what company he was in (The Papers)
.
All of these events takes a man of God. He never wavered and held true to his convictions of his vision of God the Father and His Son Jesus Christ. He was a martyr in the cause of truth.
.
His message presses on. The Book of Mormon is true. Take time to study Joseph Smith.
.
If you want to learn about strength and perseverance, I suggest you study the Prophet Joseph Smith and the Book of Mormon.